Rebuilt circa 1510, for Sir Nicholas Carew (1496-1539) whose family had acquired the Manor of Beddington through marriage in 1387. Sir Nicholas Carew had been a favourite at court of King Henry VIII before being charged with high treason and after his estates were confiscated he was duly beheaded. His son, Sir Francis Carew (1530-1611), bought back the estate and frequently entertained Queen Elizabeth I and later King James I. He also built an orangery and a garden where he cultivated exotic plants....
zoom_in 3 images 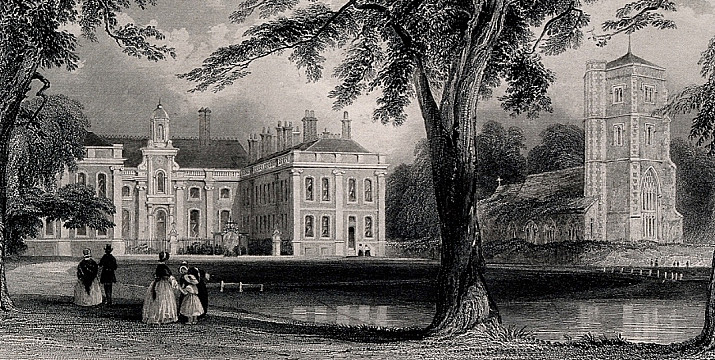 Being unmarried, he left the estate to his nephew Nicholas Throckmorton (brother-in-law of Sir Walter Raleigh) on the condition that he take the name "Carew". On the death of Sir Nicholas Hacket Carew (1716-1762) it devolved to his grandson, Thomas Fountayne. When he died he left it to his brother-in-law, William Gee (1746-1815), whose widow, Mrs Gee, left it to her distinguished first cousin, the American Loyalist Admiral Sir Benjamin Hallowell-Carew (1761-1834), one of Nelson's "Band of the Brothers". It passed to his son and then his grandson, Charles Hallowell-Carew (1829-1872), who having run up debts in the 1850s sold the estate and then fled to France to escape his creditors. From 1866 to 1968 it was home to the Royal Female Orphanage and is now home to Carew Manor School.

Henry VIII: The King and His Court By Alison Weir

Fortune's Hand: The Triumph and Tragedy of Walter Raleigh By R.N. Morris

Nelson's Band of Brothers: Lives and Memorials By Peter Hore