Built in 1692, and designed by the celebrated Sir Christopher Wren, this was the official communal residence for retired sailors of the British Royal Navy up until 1869. The retired Admiral Sir Peter Warren named the estate on which he retired in Manhattan "Greenwich" which became "Greenwich Village" which was a jibe at himself being a retired, old sailor. Warren's neighbour to the north, Major Thomas Clarke (1692-1776) promptly named his estate "Chelsea" for the Royal Chelsea Hospital in London for retired soldiers!
zoom_in 2 images 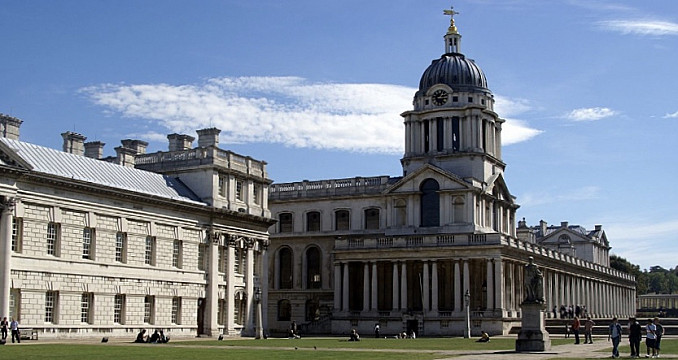