Built from the 12th century, Haddon Hall is described by historian Simon Jenkins as "the most perfect house to survive from the Middle Ages". Situated in the Peak District National Park, the magnificent main building is dated to about 1370 and as such has survived the Wars of the Roses as well as any temptation to modernise it. Haddon Hall is open to the public, while it also home to its owners, Lord and Lady Manners. It is currently working through a thirty year restoration plan led by Lord Edward Manners and funded through donations. There is an identical replica of the ceiling in the Long Gallery at Belcourt Castle in Newport, Rhode Island, and it is one of the three English manors that inspired the building of Stan Hywet Hall in Ohio.
zoom_in 6 images 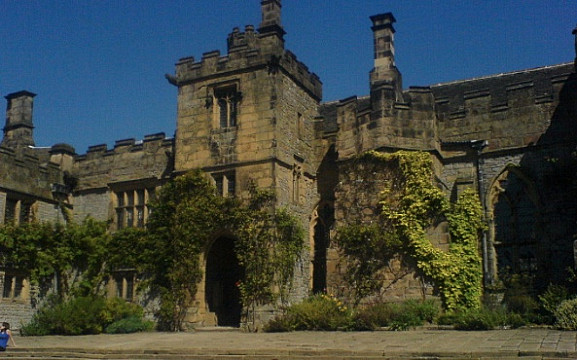