Built 1902, for Winthrop Chanler Rutherfurd (1862-1944) and his first wife, Alice Morton (1879-1917). Their 38-room (since enlarged to 50-room) mansion was one of two mansions built on the Tranquility Farms estate. The estate had been in Winthrop's family since 1758 and was then owned by his brother who also lived there at the 65-room Stuyvesant Mansion that burned down in 1959. After the death of Winthrop's second wife in 1948, it became a retirement home for Catholic nuns. Their plan to sell to developers was scuppered when the area became protected in 2004 and ownership passed to the local community. Today, it is an education center and venue.
zoom_in 3 images 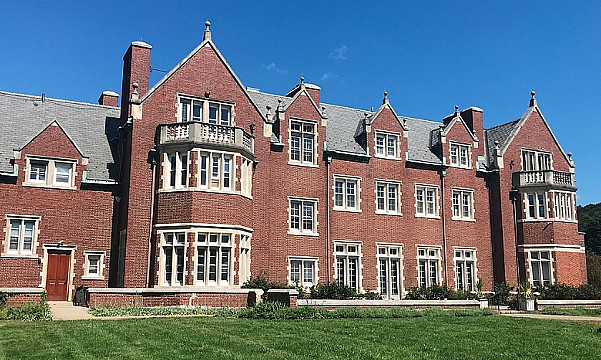