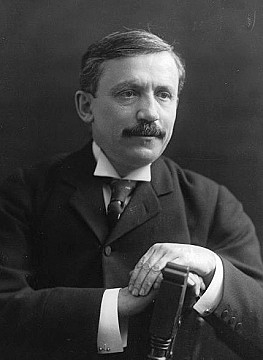 Born to American parents at Coteau Landing, Quebec. Having taught himself telegraphy while sweeping the floors of the Grand Trunk Railway offices, he quit school at 14 to become their telegraph operator. He later joined the Dominion Telegraph Company of which he eventually became President and in 1880 he was selected to manage the Canadian Pacific Railway telegraph system. He was President of the Ogilvie Flour Mills and Canadian Cottons Ltd. He was Vice-President of the Edwardsburgh Starch Co., and the Commercial Cable Co. He was a director of 26 companies inlcuding the Bank of Montreal; Montreal Light, Heat & Power; Acadia Coal; Royal Trust Co.; Sun Life Assurance; C. Meredith & Co.; Canadian Pacific Railway etc. He became friends with the hotelier Cesar Ritz and watching his success co-founded the Ritz-Carleton Hotel in Montreal. He was Governor of the Alexandria Hospital, the Royal Victoria Hospital and the Montreal General Hospital. He had a "cheery, bright and winning personality (he) affects no airs, (is) gracious in manner with a pleasant word for all." He established the renowned Hosmer-Pillow-Vaughan Art Collection and died leaving a fortune of $20 million.