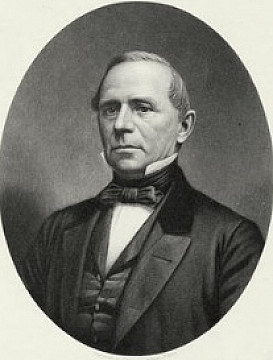 He was born on his father's farm at Warren, Herkimer Co., New York. He started life as a blacksmith and farmer before becoming a railroad contractor, banker and judge. On Christmas Day, 1819, he was married but of his children he was only survived by three: Henry, Abby & Edwin. They lived in Cohocton until 1843 when they moved to Bath to pursue his commercial interests and where he died in 1874.