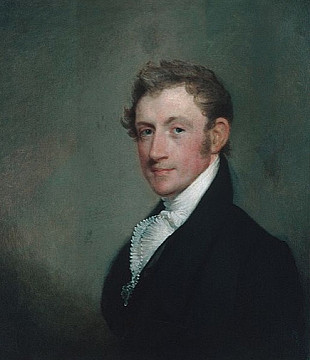 He was born at Boston and was educated at the Boston Latin School and Harvard (1807). He briefly practiced law before his marriage and then embarked on an extended tour of Europe. While living in Paris (1811-14) the Sears' became very friendly with the Empress Josephine and David became an avid admirer of Napoleon. When his father died in 1816 he returned to Boston to manage his substantial inheritance ($800,000) which now made him one of the city's wealthiest men. He invested in real estate but otherwise dedicated his life to public service and became a highly revered philanthropist. He was a Member of the State Legislature before serving as a State Senator from 1826 to 1851 and wrote a lengthy letter to John Quincy Adams concerning the best method for abolishing slavery. By 1855, his fortune had grown to $1.5 million, making him one of Massachusetts' ten pre-Civil War millionaires.

He lived between his mansion at 42 Beacon Street in Boston; his country home at Cottage Farm on the corner of Pleasant and Freeman Streets, Brookline; and, his Gothic-Revival summer villa at Newport, "Red Cross," built in 1843 by George Minot Dexter.