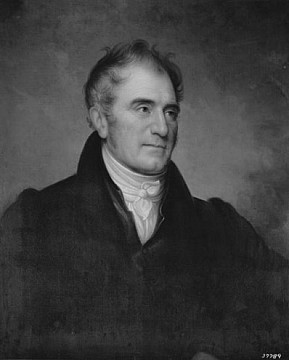 He was born at Paris in France and grew up as a Huguenot between there and his father's country estate near Égreville. He was educated from 1785 at the Collège Royal in Paris. Two years later, he was accepted into the government agency responsible for the manufacture of gunpowder and studied, "advanced explosives production techniques". In 1792, despite being in favor of the Revolution, he and his father helped protect King Louis XVI and Marie Antoinette from a mob that stormed the Tuileries Palace. Deemed too liberal in their Revolutionary attitudes, they were threatened with the guillotine during the Reign of Terror, their homes were ransacked and they were imprisoned. This precipitated their move to America and in 1800 they disembarked at Newport, Rhode Island. In 1802, having sampled New Jersey and New York, he established his business and home at Eleutherian Mills on the Brandywine Creek in Delaware.

Du Pont was quick to notice that despite its high price, American-made gunpowder was of very poor quality. He began to assemble the necessary capital ($36,000) for the construction of the first powder mills, and returned to France in the beginning of 1801 to procure the necessary financing and equipment. E.I. du Pont de Nemours & Company was incorporated in 1801 and their first batch of gunpowder was produced in April 1804. Du Pont died in 1834 by which time the company was already producing nearly one million pounds of gunpowder annually. The company - continued by his descendants - would become one of the largest and most successful corporations in the history of America. In 1791, he married Sophie Damas and they were survived by 7-children (listed above).

Blood Relations: The Rise & Fall of the du Ponts of Delaware By Leonard Mosley