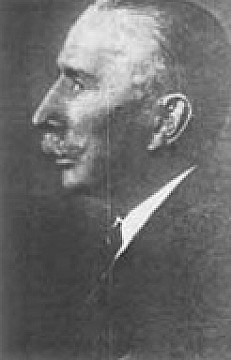 He was born in Providence, Rhode Island. He studied architecture at the Massachusetts Institute of Technology in Boston before continuing his studies at the Ecole-des-Beaux-Arts in Paris, France. He returned to America and served his apprenticeship in New York with the leading firm of  McKim, Mead & White. Another draftsman in the firm then was Terence Koen (1858-1923). They left in 1894 and established the firm Hoppin & Koen, of New York. They practised together until 1922 and the following year Hoppin retired to become an artist. He died without children.