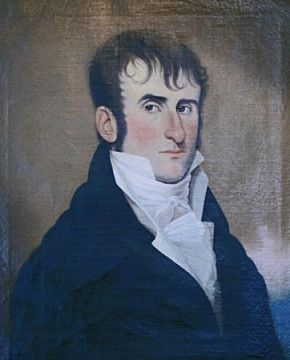 George and his uncles are labelled as the family who imported the largest number of slaves into America from 1769 to 1820, having continued to trade after slave-trading had in fact been banned, flouting state and federal law. When it no longer became profitable, George directed his fleet of ships to take up piracy in the Caribbean while he sold arms at grossly inflated prices to all the warring factions involved in the Central and South American Revolutions. He was as flamboyant as he was immoral, which eventually caught up with him and he was forced to flee his home in Bristol to take refuge from his creditors (pretty much the entire town of Bristol) at his sugar plantation in Cuba. He was married and was the father of five children.