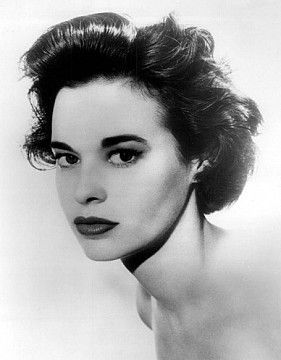 She was born to an alcoholic father who died when she was one. She was left with her neglectful mother who she followed around with a succession of nannies until her aunt sued for custody in what was called "The Trial of the Century". She was dubbed by the press the, "poor little rich girl," and in a battle that gripped America Gertrude Whitney successfully gained custody of her niece on the grounds that Gloria's mother was neglectful and a lesbian. Gloria's life became more stable, but Gertrude was a cold woman and they communicated mainly through her lawyers.

When she was 17, she left to Beverly Hills to join her mother. Though shy and insecure, she was very good-looking and had affairs with Howard Hughes, Frank Sinatra, and Marlon Brando among others. Among her friends she counted Truman Capote and Charlie Chaplin. She'd hoped Hughes would propose to her, but he didn't and instead she ended up marrying his mob-affiliated press agent who hit her and derided her artistic dreams. Her second husband was a conductor 40-years her senior and with him she realized her ambition of becoming an artist, but after having two sons the marriage failed.

By the time (1963) she divorced her third husband, her inheritance was all but gone. It was then that she launched a line of fashions, perfumes, and household goods bearing her name - most successful of which was her line of designer blue "Vanderbilt" jeans that made her more money than she ever inherited. She finally found happiness with her fourth husband to whom she was married for 15-years until he died in 1978. Ten years later, one of her sons fell from her balcony in what looked to be a suicide; then, she discovered her lawyer had not been paying her taxes and she had to sell her houses. But, she never gave up or complained: she wrote her memoirs, continued to paint, and made a film about her life with her son, Anderson Cooper.

The Rainbow Comes and Goes: A Mother and Son on Life, Love, and Loss By Anderson Cooper & Gloria Vanderbilt