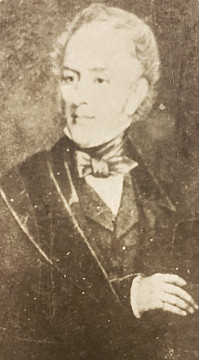 He was born at Bank Hall, Lancashire. In 1809, he became the lover of the notoriously beautiful wife of Major Lees of Stockport who on discovering their affair called him out to a duel. The Major's pistol misfired to which Hardman responded by honourably discharging his pistol in the air. Having said he was satisfied, everyone was then surprised when the Major tried to push for criminal charges to the tune of £10,000. Hardman would have won the case but he was determined to guard his lover's dignity by keeping her name away from the courts. Weeks later, he was set upon by a gang of seven or eight drunken ruffians called up by Lees' lawyer. As they closed upon him, he attempted to fire a warning shot in the air but the pistol misfired and they "beat him cruelly" although during the fight he managed to pull out another pistol and grazed one of his assailants. Both men were treated by the prison surgeon and sent home.

Lees however was relentless in his quest to see Hardman gone and with his lawyer they cooked up a charge of attempted murder which carried with it the death penalty. With a warrant out for his arrest, Hardman fled to Ireland while his family attempted to bargain with Lees and his lawyer to drop the charge. Lees asked for a thousand pounds, Hardman's father offered half that, and just when it seemed that they would settle at £750, Lees dropped dead. As testament to the honor of Hardman's father he insisted on paying the £500 he had offered to his widow but when he heard that the Major had died insolvent he settled the full £1000 on his four children and gave them an additional £50 for mourning.

Despite Lees' death, the charge still stood and a lawyer who disliked his father for not having put his name forward to become a magistrate now took the bit between his mouth to pursue Hardman. There was no choice but for him to escape to America where he could take up management of the town of Philipsburg (founded in 1796 by his late brother Henry) that had been faltering for several years. He arrived in Philadelphia in 1810 and was taken into the prominent Chew family (his sister-in-law's family) as though he were one of their own. His sister-in-law, Sophia, became, "his greatest champion in the New World, and one of his strongest financial supporters".

Hardman travelled frequently but lived for the most part of the time at Moshannon Hall in Philipsburg, "supporting the town through thick and thin" and under his watch it became a resounding a commercial success. It was made up of 75,000-acres rich in timber and bituminous coal. The Philips' built sawmills, grist mills, an iron forge and a screw factory. He was eventually pardoned by King George IV in 1820 and the following year he married Sophia, daughter of the Rev. Edward Lloyd. In 1844, he sold his American property and retired to his wife's native Breconshire, living at "beautiful" Gwernvale.