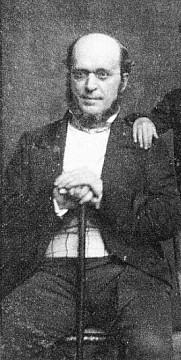 It was said: “He was so sociable and so independent and lively a talker that he entered into hearty relations with interesting people wherever he went. Thackeray was a familiar visitor at his apartment in Paris when his older children were just old enough to remember, and his recollections of Carlyle and Emerson will reward any reader whose appetite does not carry him as far as the theological disquisitions... Finally, with respect to the constancy of Henry James, Senior’s, presence in the lives of his children, it should be made clear that he never had any ‘business’ or profession to interfere with his ‘almost eccentrically home-loving habit.’"