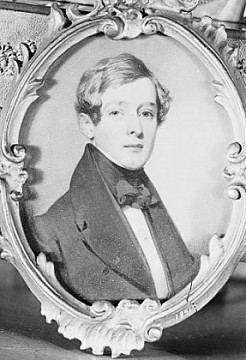 He was born at 25 Pearl Street, New York City. He graduated from Yale College (1830) and seven years later settled with his wife at New Haven, Connecticut. He lived for a year at Maple Cottage on Trumbull Street until the fine mansion which he built for himself on Whitney Avenue (afterwards occupied by his son Stephen) was completed. He married twice: (1) In 1835 to Hannah Eugenia Lawrence (1815-1844), and they had five children (2) In 1850, to Maria Lucy Fitch, and they had two children. After he died, his widow married Nathan Adolphus Baldwin, of Milford, Connecticut.