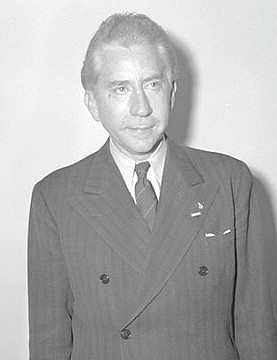 He was an only child born in Minneapolis, Minnesota, and moved to Oklahoma in 1903 where his father had bought 1,100-acres which was soon producing 1.2 million barrels of crude oil a year. Moving to Los Angeles in 1907, he was educated there at the Harvard Military Academy and the Polytechnic High School. He had a natural gift for languages and in 1912 with a letter of introduction from then US President William Howard Taft, he enrolled himself at Magdalen College, Oxford, in England. In 1914, his father gave him $10k to invest in the family's expanding oil fields in Oklaloma. The site he purchased made him a millionaire in his own right just two years later and he and his father co-founded Getty Oil. Despite his business prowess, his father was so appalled by his string of divorces that he left him just $500k of his $10 million fortune and only a third of the shares in Getty Oil leaving his mother as majority owner.

His fortune grew through the shrewd acquisition of several oil companies made during the Great Depression all of which he later merged with Getty Oil. In 1948, an investment of $9.5 million in the Saudi Arabian Oil Concession paid off seven years later when it began to produce 16-million barrels a year, making him one of the wealthiest men in the world. His ability to speak fluent Arabic greatly aided his expansion in the Middle East and he soon owned controlling interests in over 200 businesses. From 1959, he lived between Sutton Place (said to have been cursed many centuries before) in England; the Getty Villa at Malibu; and, the Villa Getty at Ladispoli near Rome where he housed much of his famous art collection. Despite his wealth, he was famously mean and tight-fisted and the world watched on in horror as he refused to pay his grandson's kidnappers in 1973. He died alone with $6 billion and only one of his 3-surviving sons went to his funeral.

The House of Getty By Russell Miller

All The Money In the World (2017) By (Starring) Mark Wahlberg, Christopher Plummer & Michelle Williams

Business Tycoons Patrons of the Arts