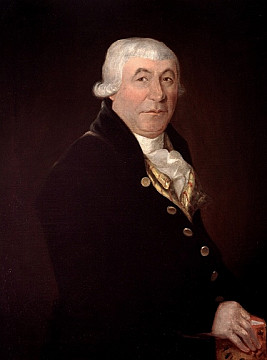 After graduating from the University of Glasgow, he came to the new British colony of Quebec in 1766. He became a fur baron at Montreal and through his generous bequest he became the founder of McGill University which was built where his summer home stood. He was elected to the Legislative Assembly of Lower Canada for Montreal West in 1792 and was appointed to the Executive Council of Lower Canada in 1793. He was the honorary Lieutenant-Colonel of the 1st Battalion, Montreal Militia, a predecessor unit of The Canadian Grenadier Guards. He was a prominent member of the Château Clique and one of the original founding members of the Beaver Club. In his will, he left over 38,000 acres of land and at least £100,000 that was divided between his wife, two stepsons, his friends, the poor of Montreal, and several charities.