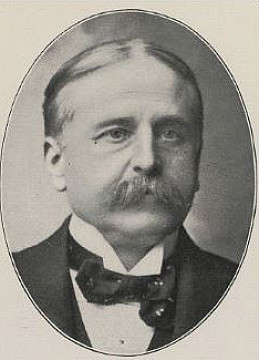 In New York, he lived at 24 Washington Square. His daughter, Florence, became the Marchioness of Dufferin & Ava and then the Countess Howe. His eldest son, John Ethelbert Davis, married Maude Bouvier, aunt of Jackie (Bouvier) Kennedy.