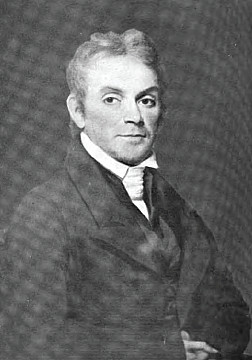 He was born at Taunton, Massachusetts, and came to New York as a dry goods merchant where he established is fortune. In 1826, he became a major shareholder in the Chemical Bank of New York. Though not one of the original founders, he became its 2nd President and is regarded as, "the father of the Chemical Bank". However, he was the founder and 1st President of New York City's first railroad, the New York & Harlem. In 1825, he purchased a a large swathe of what is now Midtown Manhattan for a mere $1,500. His real estate empire stretched from Fifth Avenue and Park Avenue to 53rd Street and 64th Street. On his death, he was succeeded as President of the Chemical bank by his son-in-law, Isaac Jones, great-uncle of Edith Wharton.