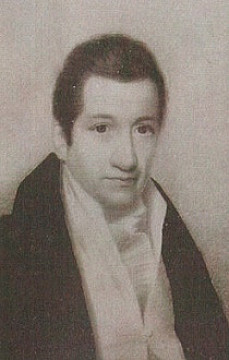 He was born in Larne, Co. Antrim, and joined his father (James McVickar of Belfast) and uncle in their export business. After the death of his mother, he went to New York in 1780 to seek his fortune. He imported linen from Northern Ireland and traded with the West Indies, Europe and China. By the time he died in 1812, his mercantile business was one of the most successful in New York and he was said to be the largest importer of Irish goods into America. He was a Director of the Bank of New York, the Western & Northern Coal Co., and of the United Insurance Company.

He was a co-founder of the St Patrick’s Society; Governor of the New York Hospital; Vestryman of Trinity Church; and, co-founder of St Michael’s Church in Bloomingdale where he owned a large mansion on his country estate that he purchased from his old friend, William Kerin Constable. He also considerable property in New York and the land on which his townhouse stood was later acquired for the Woolworth Building on Broadway. From 1795, he lived at 228 Pearl Street; from 1801, he lived at 231 Broadway; from 1810 he lived at 6 Vesey Street; and, by 1812 he moved back to 231 Broadway where he died. In 1781, he married Anna, daughter of John Moore, first cousin of Bishop Benjamin Moore, of Chelsea House, and they were the parents of nine children.