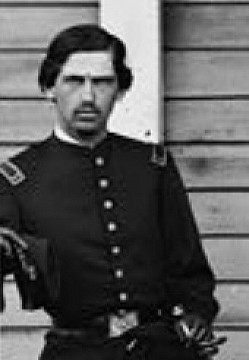 He fought in the Civil War with the New York State Militia and was shot through the lung rendering it useless for the rest of his life. He was aide-de-camp to General Marsena R. Patrick. After the war, he became a member of the New York Stock Exchange, enjoying a successful career. He married and had two children.