Lt.-General of the Provosts Court, the Disreputable 'Father of Canadian Magistrature' 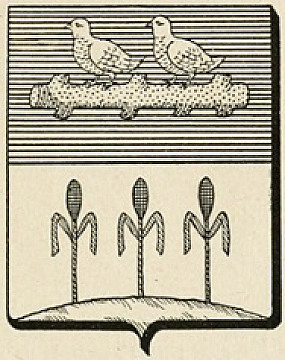 Born in Paris, he held Saint-Étienne de Monays before making that seigneury over to his brother. In 1651, he arrived in New France with his brother-in-law, Mathieu d'Amours de Chauffours (1618-1695), and his brother-in-law's relation, Jean de Lauson, the new Governor of New France. He was appointed a Member of what would become the Sovereign Council and gifted the Seigneury of Riviere-du-Sud which he sold soon afterwards to Governor Lauson. In 1656, he was promoted to Lieutenant-General for Civil & Criminal Affairs, and the same for the Provost's Court. He was also briefly the Attorney-General to the Sovereign Council. In 1667, from his residence in Quebec, he gave the first official ball to be held in Canada. From about 1680, Sieur Chartier returned to Paris where he lived a life of excess. Despite the high offices he held, he was arrogant, disreputable, and ultimately "ill-suited to his profession". He had one son and a daughter.