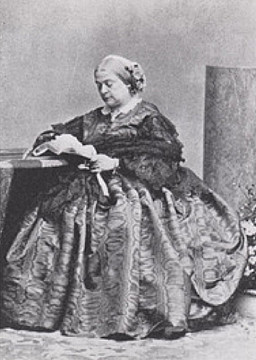 She was born in Montreal. On February 7th, 1822, she was married there to William Bingham, of Philadelphia, the only son of one of America's first millionaires. The detail behind their marriage is told in the history of their home in Montreal, the Bingham Mansion. She and her sisters were the heiresses to three considerable seigneuries in Quebec. In 1829, Charlotte and her husband selected the Seigneury of Rigaud, comprised of 62,770-acres. 21,182-acres of the seigneury were cultivated and rented to censitaires while the remaining acreage was used for timber, fur, fishing etc. In 1833, the Binghams moved to Paris before settling at Broome Park, in England. William sank into the depths of drunkenness while Charlotte "led a scandalous life with many lovers". Her husband later admitted he was only sure of the legitimacy of his eldest son! After he died, Charlotte gave Broome Park to her son and moved to Kensington, London, where she died.

They were the parents of six children, five of whom lived to adulthood. Their two sons (William and Alexander) lived in England, and their three daughters lived in France: (1) Louisa, Countess de Bois de Guilbert (2) Julie, Countess de Douhet de Romananges (3) Georgiana, Countess du Val d'Epremesnil. In 1897, their children sold the Seigneury of Rigaud to their Harwood cousin, Archibald Chaussegros de Léry Macdonald (1862-1939).