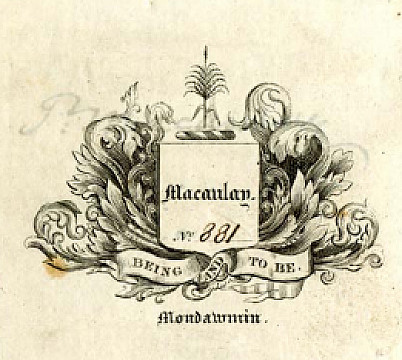 He was born in Yorktown, Virginia, to a Scottish tobacco factor who, "married well" but was otherwise, "an affable, spectacular failure". Patrick was educated at St. Mary's College, Baltimore, and at the University of Pennsylvania. He returned to Baltimore where he practiced as a Physician on Lombard Street and published several pamphlets on diverse medical and scientific subjects such as bloodletting, Cholera Infantum, and the emasculation of squirrels. He was the editor of the short-lived periodical the North American in which he published several of Edgar Allan Poe's first poems, and he co-founded and served as President of the Maryland Academy of Sciences.

In 1830, he was one of the founding directors of the Baltimore & Ohio Railroad and appointed a City Councilman. He built Mondawmin in 1841 where he kept a library of 1,700 books (including a 48-volume set of Sir Walter Scott's Waverly Novels) that after his decease ended up in the Johns Hopkins Hospital medical library and the George Peabody Library. In 1843, he was among those who incorporated the Baltimore and Liberty Road Turnpike Company, a pay road serving the great estates northwest of the city, including his own. He died suddenly, “a well-known and highly respected citizen". By his wife, Sarah F. Macaulay (1793-1880), he was survived by two daughters: Mrs George S. Gibson; and, Elizabeth (d.1907), Mrs James Birckhead, Jr., both of Baltimore.