The Hon. Peter (McCutcheon) McGill, M.P., President of the Bank of Montreal etc. 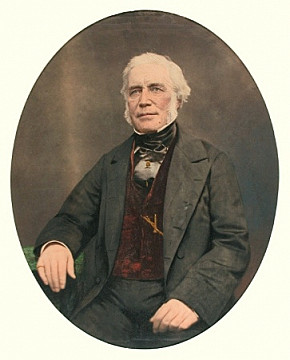 He was the son of John and Mary (McGill) McCutcheon, of Creebridge, Wigtownshire. He came out to Canada at the invitation of his childless uncle, Captain The Hon. John McGill (1752-1834), Receiver-General of Upper Canada, who had first settled at Virginia and then fought with the Queen's Rangers before relocating to Toronto after the American Revolution. On condition of his uncle's will, Peter changed his surname to "McGill" as his sole heir. He entered the import-export business at Montreal. He became President of the Bank of Montreal; 2nd Mayor of Montreal; Chairman of the St. Lawrence & Champlain Railroad Co. (the first railway company established in Canada); Director of the Grand Trunk Railroad of Canada; Chairman of Colonial Life Assurance; Governor of McGill University & the Montreal General Hospital; President of the Canadian School Society; President of the Montreal Bible Society; and, Lieutenant-Colonel of the Militia. He was elected to the Legislative Council of Lower Canada and then the Executive Council from 1832.