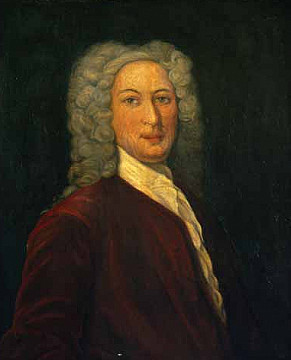 He was born at "Elm Tree Corner" Albany, New York. He was fluent in Dutch and English before being sent to learn French with the Huguenots at New Rochelle in preparation for trading with French Canada. As a young man, he was described as a, "handsome.. breaker of hearts" and lived in a townhouse in Albany where he managed his father's many business concerns as well as the Manor of Livingston. He succeeded his father as Secretary for the Commission of Indian Affairs and Town Clerk of Albany; and, he was appointed to the Provincial Council (1725-1749). Prioritizing business over politics, he declined a seat in the New York Assembly. In 1728, he succeeded to the Manor of Livingston (by then 247,000-acres) and the manor house, "Linlithgo". He was frequently in New York City for business and bought a townhouse on Broad Street. There, he established the shipping firm of Phillip Livingston & Sons that ran a lucrative business between Madagascar, Barbados and Virginia trading in slaves, sugar, and tobacco. In 1743, he also established the colony's first iron works at Ancram. In 1708, at Albany, he married his wife, Catherine Van Brugh, and they had nine surviving children (listed above).