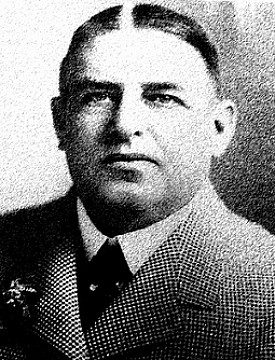 He was born in Philadelphia and apparently grew up in modest circumstances. Little is known about his early career but by the 1870s he was associated with the banking and brokerage firm of William H. Shelmerdine. From 1876, they began to invest in street railways and having consolidated them into the People's Passenger Railway Company, Carson served as its President and most of the lines were electrified by the 1890s. Maintaining considerable stock in the company he resigned in 1893 to create the Interstate Trolley Company comprised of electrically powered interurban rail lines that connected Philadelphia to its suburbs and various towns and cities beyond. He opened an amusement park - "Carsonia Park" - near Reading to encourage people to use his line. His popularity saw him become a member of the Union Club, the Corinthian Yacht Club, and the Whitemarsh Valley Hunt Club.

He and his wife, Fannie, kept an apartment at the Hamilton Apartments (which he owned) at 1234 Walnut Street in Philadelphia. They had a country home on 225-acres northwest of Philadelphia, Erdenheim Farm, and summered at Reef Point in Newport. He died in his chair as the curtain rose for the last act of The Merry Widow at the Chestnut Street Opera House. Having no children, he bequeathed his entire $5 million fortune to build and maintain an orphanage on 100-acres of his farm at Erdenheim. This became known as a model for progressive education and is known today as the "Carson Valley School".