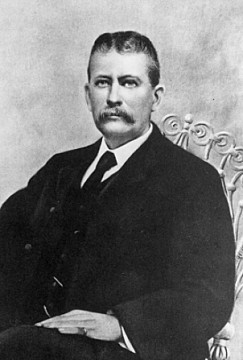 He was born in Philadelphia at what was then numbered 267 Pine Street. He was educated at the Germantown Academy and the University of Pennsylvania (1869). He spent his entire career from 1869 to 1892 at the Franklin Sugar Refinery as a member of the firm of Harrison, Havemeyer & Co. His role in the business was primarily as the refinery's "sugar manufacturer" and he had a reputation like his father as an indefatigable worker with "extraordinary" ability for managing people. While at the refinery, he conceived the idea of building an emergency hospital within the plant which aside from the odd injury, treated hundreds of workers who suffered from heat exhaustion during the summers. In 1892, after the sale of the Franklin Refinery to the American Sugar Refining Company, he and his brothers founded the John Harrison Laboratory of Chemistry at the University of Pennsylvania in memory of their grandfather, John Harrison, the first manufacturing chemist in the United States.

He was a member of the Historical Society of Pennsylvania and the Academy of the Fine Arts. He belonged to the Philadelphia, University, Rittenhouse and Rabbit Clubs. In 1904, he was awarded the honorary degree of LL.D. from Ursinus College, Pennsylvania. He built Grey Towers Castle which on completion was considered the third largest house in the United States. He married Bertha, daughter of James Whyte and had two children.