Built circa 1795, for John Boyes of Hull, a merchant with business interests in Antwerp and London. In 1818, it was acquired by another Hull merchant, William Voase (1773-1844), who lived here with his wife, Frances Harwood (1784-1859). Towards the end of William's life, he leased the mansion to John Christopher Caukrien and on his death he left it in trust to his wife for her lifetime at which point it was to be passed to his sister's daughter, Mrs Fanny (Smith) Ringrose (1824-1894)....
zoom_in 1 images 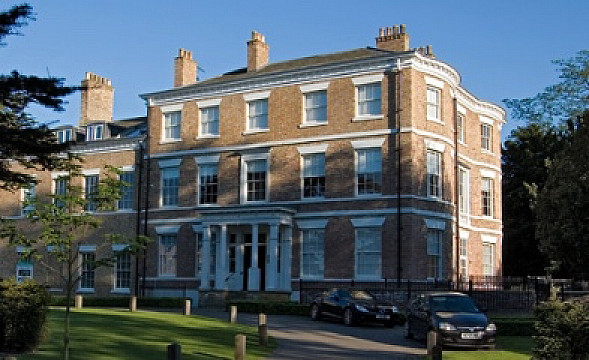 In accordance with William's will (having no children of his own), Fanny and her husband took the surname of "Voase". Mrs Fanny Ringrose-Voase was the aunt of Mrs Mary Emma (Smith) Wilson whose husband built Tranby Croft from 1874, the gatehouse of which stood opposite Anlaby. Anlaby continued in the Voase family until 1936 when Fanny's grandson, John Reginald Ringrose-Voase (1903-1956) sold it to the local authority and it became the headquarters of the newly formed Haltemprice Urban District Council. For the last quarter of the 20th century it was used by the Beverley Borough Council. By 1999, it had become a burden to maintain and the East Riding of Yorkshire Council disposed of it. After standing empty for 5-years, it was converted into luxury apartments.