Completed in 1743, for Thomas Briarly (1713-1776), Mayor of Stockport, and his wife Ann Ravald (1711-1798). After Thomas died, his widow sold the estate to John Philips, whose father and uncle established J & N Philips in Manchester and were the largest manufacturers of pure linen tape in England. When he died in 1824, he was succeeded by his fourth son, Francis, who was responsible for laying out the parkland which included lakes too. His grandson, also called Francis, briefly lived here from 1861 before moving to Lee Priory in Kent. His sister, Mary Beatrice Philips (who built the church at Abbey Cwmhir Hall) was the last of the Philips family to live here before they leased it to a series of tenants and finally sold up in 1890....
zoom_in 2 images 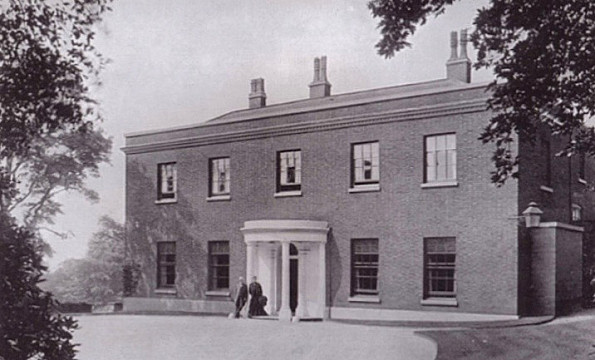 From 1861 to 1890 Bank Hall was leased to John Leech, an uncle of Beatrix Potter; Major George Arthur Fernley (1839-1914), Mayor of Stockport; Joseph Leigh; and, finally William Briggs who purchased it and its 20-acres from Francis Philips in 1890:

After throwing a party to celebrate their Silver Wedding Anniversary in 1912, Briggs gifted Bank Hall to the Corporation of Manchester as a school for under under-privileged girls which he suggested could be named for his wife, “Alice Briggs Home for Girls”. The school opened to both sexes but by 1938 had become boys-only. Two years later, what had been Bank Hall was destroyed in a bombing raid three days before Christmas in 1940. Today, the St. John Vianney School stands on the site of what had been the hall.

Song of the Shuttle: A Transatlantic Historical Saga - Book 1 of the Lancashire Cotton Series By Christine Evans

The Lancashire Cotton Industry : A History Since 1700 By Mary Rose

The Mill Girls: Moving True Stories of Love and Loss from Inside Lancashire's Cotton Mills By Tracy Johnson