Built from 1625, for the Barberini family of whom Pope Urban VIII (1568-1644) was the most powerful. It was principally designed by three of Rome's most celebrated architects: Maderno, Borromini and Bernini. The garden is known as the "secret garden" as despite its position in central Rome, it is entirely concealed from the view of those without. The house is particularly famous for its stunning ceilings that include Cortona's 1639 masterpiece, "Allegory of Divine Providence and Barberini Power"....
zoom_in 4 images 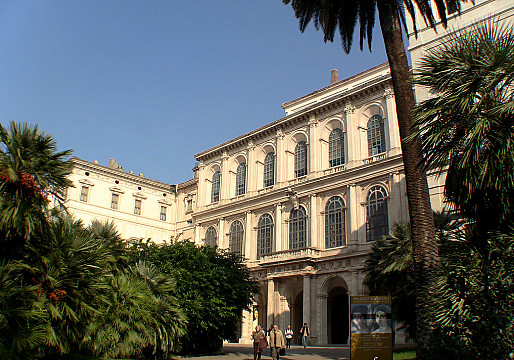 Other rooms feature 17th century ceilings painted by the likes of Passeri, Camessei etc. In 1902, the American millionaire William C. Whitney (1841-1904) won a court appeal to have three of its "exquisitely painted" 14th century ceilings retrofitted into the Whitney Mansion in New York. Berlin's Museum of Art had first attempted to buy them, but Whitney's pockets proved deeper. Today, the Palazzo Barberini is home to the "Galleria Nazionale d'Arte Antica," housing the main national collection of older Italian paintings.