Built circa 1720, it was originally named Rous' Building for its second tenant, Joseph Rous. It was renamed Cannon Hall for Sir James Cosmo Melvill (1792-1861), the director of the East India Company who lived here and ringed it with cannons. In 1916, it was acquired by actor-manager Gerard du Maurier (1873-1934), father of the authoress Daphne du Maurier, and it remained their family home until 1934....
zoom_in 2 images 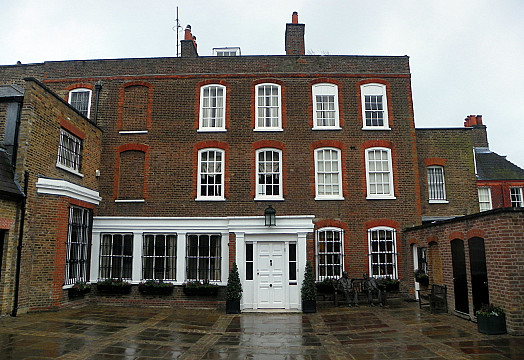 The du Maurier's sold the house to the widowed Mrs Muriel Warde who lived here with her companion, Jeanne Beliac. In 1960, she became too old to travel to her villa in the South of France and she died at Cannon Hall in 1964. Having donated much of her impressive art collection to a gallery in her native Hull, she left the house to her sister Susannah's son, Major Iain Graham Menzies (1895-1979), whose heirs sold it after his death. Cannon Hall featured in the film Bunny Lake is Missing (1965) starring Laurence Olivier when it was given the fictional address of 30 Frogmore End. It remains a private house with gardens of half an acre and was most recently sold in 2015 for £28 million.