Rebuilt in 1701, after a fire at the end of the 1600s all but destroyed the original chateau built in the 14th century for the Suat family, Seigneurs de Chavaniac. In 1708, it passed into the Lafayette family on the marriage of Édouard de Motier de Lafayette to Marie-Catherine Suat de Chavaniac - the grandparents of the "Hero of Two Worlds" the Marquis de Lafayette who was born here in 1757. It was restored in 1790-91 by the Lafayettes and again in 1920 after it was purchased on behalf of the French Heroes Lafayette Memorial Fund. The FHLMF was an American organization led by Beatrice, wife of William Astor Chanler, and funded by Clarence McKay, Joseph Choate etc. They restored it ready for its new role as a home for war orphans....
zoom_in 1 images 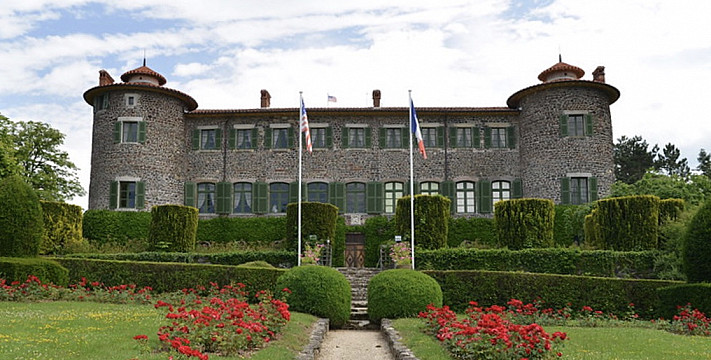 The "Lafayette Preventorium" incorporated a swimming pool, tennis courts and sports fields, with an infrastructure that made it unique in France. From 1925, it also took in children with impaired health and became a boarding school and hospital. By 1937, it had 500-beds for the children and employed over 100 teachers, doctors and craftsmen, all maintained by money raised in the United States. During the Second World War, many Jewish children were secretly hidden here. It continued until in 1966 with the death of J.C. Moffat, the founding manager of the FHLMF. Management was then continued by the Lafayette Memorial Association Inc. and it took on a more direct medical role. The onsite museum to the Marquis Lafayette and his memory was renovated in the 1990s and since 2009 the chateau as a whole has been managed by the Conseil Généralde la Haute-Loire.

The Women of Chateau Lafayette By Stephanie Dray

Hero of Two Worlds: The Marquis de Lafayette in the Age of Revolution By Mike Duncan

Lafayette in the Somewhat United States By Sarah Vowell