Built circa 1860, for Thomas Streatfeild Clarkson (1834-1898) and his wife Mary Whitmarsh (1834-1908). The house replaced a timber frame one also called "Chiddingstone" that had stood in its place and was built by Thomas Clarkson's father. It stood on one of the five subdivision of the Clermont Manor estate gifted to Thomas' mother by her father, Edward Philip Livingston, Lieutenant-Governor of New York. It was named for the National Trust owned Tudor village of Chiddingstone in Kent, England, which back then had been owned by the family of the Clarkson's ancestor, Thomas Streatfeild, for some 400-years. Thomas Streatfeild himself was, "of the eminent mercantile house of Streatfeild & Pomeroy, of Leadenhall Street, London". Chiddingstone in New York enjoyed a quarter mile front on the Hudson River, and still stands today.
zoom_in 1 images 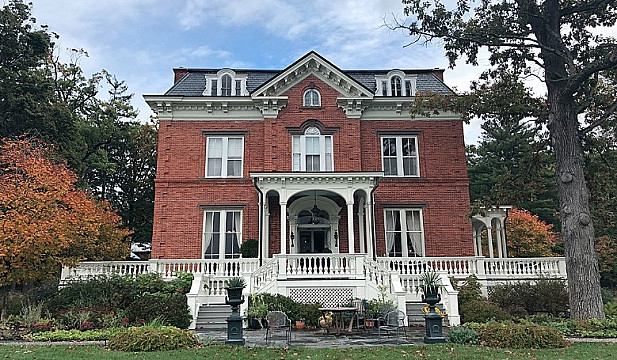