Completed in 1804, to the designs of Robert Woodgate, a student of Sir John Soane (1753-1837), who retained the existing manor house (Ballyleidy) as the core of the new one. The house was filled with curios from the 1st Marquess of Dufferin's tenures in Canada and India as Governor-General of those two countries. He added the banqueting hall at Clandeboye much as he had at Rideau Hall. In memory of his mother he also built "Helen's Tower" that was immortalised by Alfred Lord Tennyson in the poem of the same name. It was also the 1st Marquess who laid out the gardens. Clandeboye remains a private home in the possession of the Lord Dufferin today.
zoom_in 2 images 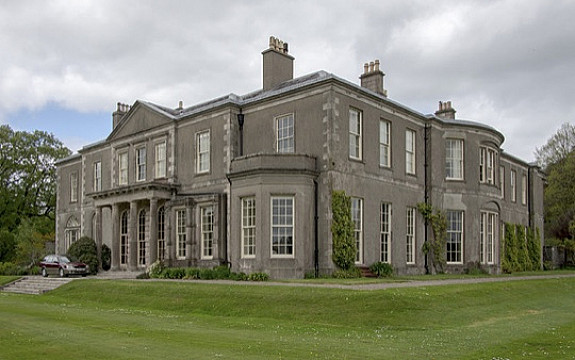