Completed in 1833, as the official residence for the Presidents of the Lane Theological Seminary. Its first occupant was the Rev. Lyman Beecher (1775-1863) and this where daughter - Harriet Beecher Stowe - began her writing career. Her experiences of the slave trade while in Cincinnati prompted her to write Uncle Tom's Cabin, the best selling novel of the 19th century that had such a profound effect on the white populace's attitude towards African-Americans and slavery that it is openly acknowledged to have played a direct role in the sons of the Union taking up arms....
zoom_in 1 images 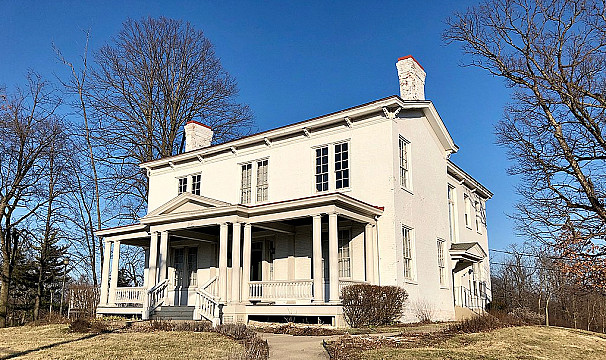 Harriet only lived here for three years, marry Lane's Professor of Biblical Literature, Calvin Ellis Stowe, in 1836. But, the Beecher family remained here until 1852, the same year Harriet published Uncle Tom's Cabin). Located in Cincinnati's historic Walnut Hills neighborhood, the house is owned today by the Ohio Historical Society. It is open to the public as a house museum focusing on the Beecher-Stowe family, the Lane Seminary, abolitionists, African-American history, and the Underground Railroad.

The Passionate Beechers: A Family Saga of Sanctity and Scandal That Changed America By Samuel A. Schreiner Jr.