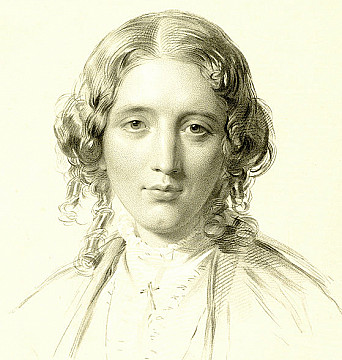 She was born at the Beecher House in Litchfield, Connecticut, to an intellectual, forward-thinking and religious family. From the age of thirteen she was sent to be educated at the Hartford Female Seminary before moving with her family in 1832 to the Beecher-Stowe House in Cincinnati where her father had been appointed President of the Lane Theological Seminary. It was in Cincinnati that she first came into contact with African-Americans and heard their stories. It was also there that she met Calvin Ellis Stowe, Lane's Professor of Biblical Literature, and they were married in 1836.

In 1850, they moved to the Titcomb-Stowe House in Brunswick, Maine, as a result of the unrest following the Fugitive Slave Act that was passed that year and housed escaped slaves on the Underground Railroad. In 1852, she published the book that made her famous: Uncle Tom's Cabin became the best selling novel of the 19th century that had such a profound effect on the white populace's attitude towards African-Americans and slavery that it is openly acknowledged to have played a direct role in the sons of the Union taking up arms. When she was invited to the White House to meet Abraham Lincoln, he greeted her with wry amusement, "so you're the little lady who started this great war".

From 1852, the Stowe family lived at Andover, Massachusetts, before her husband retired in 1864 and they returned to Connecticut. They lived first between Oakholm in Hartford while wintering at Mandarin in Florida. In 1869, a scandal erupted when she published a conversation between herself and the late Lady Byron in which she accused Lord Byron of incest with his half-sister. Her book sales plummeted and this led to the sale of Oakholm. After laying low in Florida for three years they returned to Hartford in 1873, purchasing the Harriet Beecher Stowe House where she would live out her remaining 23-years.

While she is justifiably celebrated for her support of the African-American community, she confounded - and angered - the many Scots who had been cruelly burned out of their houses and homes by supporting the Duchess of Argyll, whose husband was the chief protagonist of the Highland Clearances. She was an amateur painter who founded the Hartford Art School and she wrote 30-books plus numerous articles in her lifetime. In 1986, she was inducted into the National Women's Hall of Fame.

A Key to Uncle Tom's Cabin: Presenting the Original Facts and Documents Upon Which the Story Is Founded By Harriet Beecher Stowe

The Passionate Beechers: A Family Saga of Sanctity and Scandal That Changed America By Samuel A. Schreiner Jr.