Built in 1722, for James Lamb (1693-1756), a well-to-do wine merchant and the Mayor of Rye; and, his wife, Martha Grebell (1697-1737). In 1726, King George I slept here after his ship ran aground at nearby Camber Sands. Among its most famous occupants was the Anglo-American author Henry James (1843-1916) who lived here from 1897 to 1914. It remained in the James family and was rented to several other well-known writers, notably E.F Benson (1867-1940) who renamed the house "Mallards" in his popular series of books, Mapp & Lucia. Lamb House is the subject of Joan Aiken's supernatural book The Haunting of Lamb House (1993), comprising three novellas about residents of the house at different times, including James and Benson who are known for their ghost stories. In 1950, the widow of Henry James' nephew sold the house to the National Trust and since then it has been open to the public as a writer's House Museum.
zoom_in 9 images 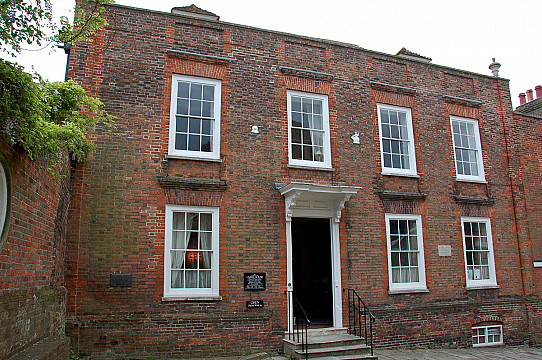