Completed by about 1450, this was the palace of the self-made merchant Jacques Coeur who established the trade route between France and the Levant. He rose to become Master of the Mint under King Charles VII and the King's right-hand man. His wealth and position are reflected here is the palace he built for himself when he was at the peak of his power. The American architect Richard Morris Hunt (1827-1895) took an impish joy in styling the Vanderbilt's Petit Chateau in Manhattan after Jacques Coeur's palace at Bourges - the home of the wealthiest upstart in 15th century France!
zoom_in 1 images 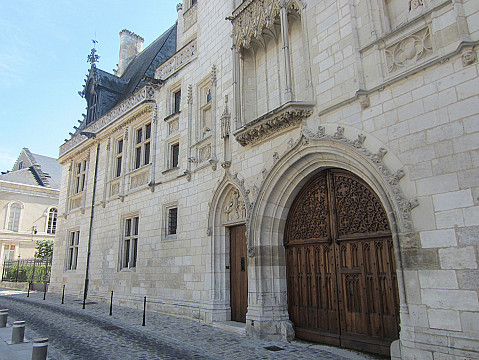