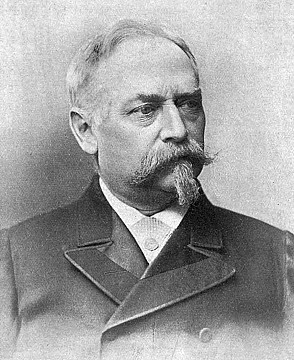 He was born at Battleboro, Vermont, the son of a U.S. Congressman and grandson of the 1st Lieutenant-Governor of Vermont, but nonetheless the family were notably artistic. He was educated at the Boston Latin School until 1843 when his widowed mother moved the family to Rome in Italy out of concern for Richard's brother's health. At Rome, Richard studied art then architecture before continuing his education in the latter at Geneva in Switzerland and finally at the École des Beaux-Arts in Paris - the first American to be admitted to what was the finest school of architecture in the world.

He returned to the States in early 1856 and established himself at New York City where he became one of the most prominent architects of the Gilded Age and found himself particularly favored by the Vanderbilt family. Aside from private commissions such as Biltmore, The Breakers and Marble House, in New York City he is best remembered for the façade and Great Hall of the Metropolitan Museum of Art. He was also a co-founder of both the American Institute of Architects and the Municipal Art Society. In 1861, he married Catherine Howland, a wealthy shipping heiress and a first cousin of FDR's father, James Roosevelt (1828-1900). They were the parents of five children.

The Architecture of Richard Morris Hunt By Susan Stein

The Last Castle: The Epic Story of Love, Loss, and American Royalty in the Nation's Largest Home By Denise Kiernan