Built in 1779, for Jean André de Vassal de Saint-Hubert as a gift for his mistress, Marie Catherine Ruggieri (1751-1830), an actress better known as "Mademoiselle Colombe". When the celebrated American author Edith Wharton (1862-1937) bought the house in 1918, it was for its first occupant that she named her new home....
zoom_in 6 images 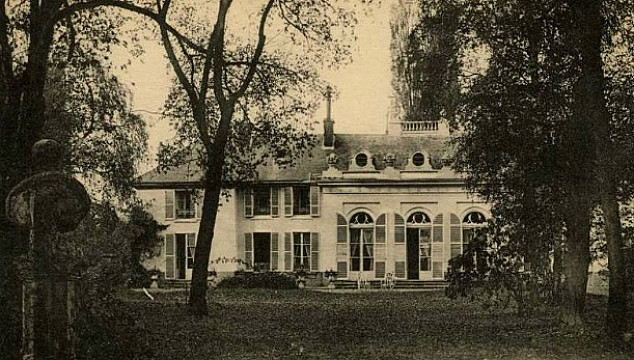 It was originally designed by François Joseph Bélanger (1744-1818), but Wharton had it tastefully renovated by Messrs Moreux & Gonse before she moved in, and the modest gardens landscaped by Lawrence Johnston. After her divorce she left America for good and from 1918 divided her time between here and Castel Sainte-Claire. She died in the bedroom here in 1937 and in 1948 it was purchased by the Duc and Duchesse de Talleyrand. They largely refurbished it and had the English landscape designer Russell Page redo the gardens. Today, it is home to the Prince and Princesse of Liechtenstein.

Sylvia Beach and the Lost Generation By Noel Riley Fitch