The house seen today is a reconstruction of the summer home from 1683 to 1701 of William Penn (1644-1718), the Founder of Pennsylvania. During winter while conducting business he lived in Philadelphia at the Slate Roof House among others. By 1736, one of his sons remarked that Pennsbury was, "very near falling, the roof open as well as the windows and the woodwork almost rotten."....
zoom_in 1 images 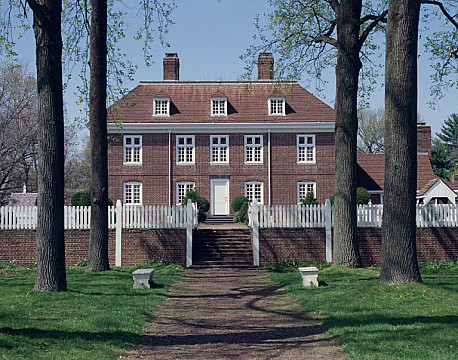 The Manor and its 8,000-acres remained in the Penn family until 1792, when it was acquired by the Warner Company of Philadelphia, dealers in construction materials. In 1932, on the 250th anniversary of Penn's arrival, Warner donated the 10-acres of land on which the ruin stood and a reconstruction of the original house was built where it once stood. Today, it is operated as a house museum by the Pennsylvania Historical and Museum Commission.