Built in 1742, for Ralph Allen (1693-1724), the entrepreneurial postmaster of Bath on whom Henry Fielding based the character 'Squire Allworthy' in his novel, Tom Jones. Allen commissioned the architect John Wood (1704-1784) 'The Elder' to build him a mansion from which it was possible "to see all Bath, and for all Bath to see". Allen also owned the quarry from which the distinctive honey-colored Bath stone was used to construct not only his mansion, but also much of the Georgian town for which Bath is famous. Today, Prior Park is a school and its landscaped gardens (noted for its magnificent Palladian bridge) are owned by the National Trust and open to the public. Prior Park inspired the design for Lynnewood Hall near Philadelphia and bears a distinct similarity to Stanford White's Mills Mansion in Staatsburg, New York.
zoom_in 1 images 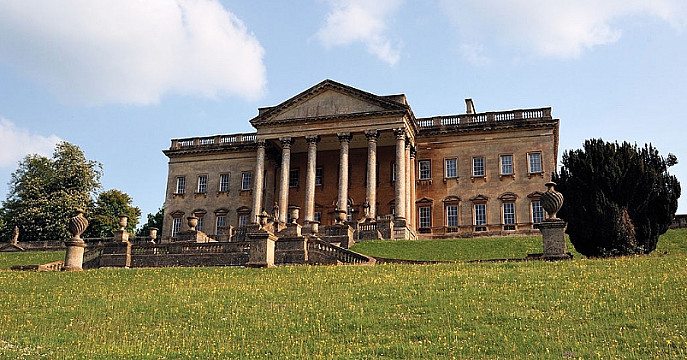