Built between 1451 and 1457, for Giovanni di Cosimo de' Medici (1421-1463), as a present from his father, the 1st Lord of Florence and progenitor of the all powerful Medici family. The villa is the fourth oldest villa built by the Medici family and is the oldest of the Renaissance villas that still preserves its garden. It is also unusual as it was not built as an estate manor, it was specifically to be the home of an intellectual and as a demonstration of aesthetic and ideological values...
zoom_in 3 images 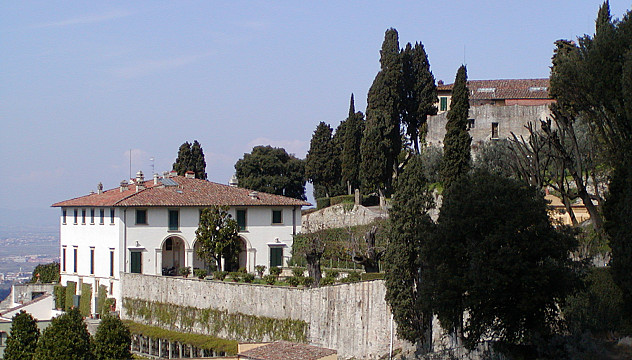 Its next owner was Giovanni's wonderfully named nephew "Lorenzo il Magnifico" who transformed the villa into an epicenter for artists and philosophers. It remained in the Medici family until 1671. It passed through several owners before being purchased in 1772 by Lady Orford, sister-in-law of Horace Walpole of Strawberry Hill. In the 19th century it was home to the artist William Blundell Spence and in 1911, it was purchased by the widowed Lady Sybil (Cuffe) Cutting, the first "Englishwoman of title" to marry an American". The villa is still renowned for its magnificent gardens and is mentioned in The English Patient.