Abbott Lawrence, of Boston; U.S. Minister to the United Kingdom 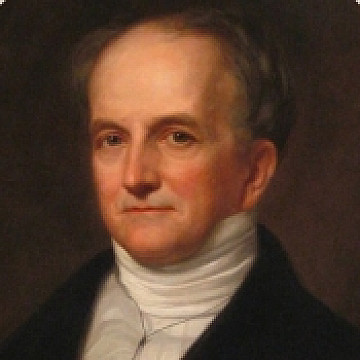 He was born in Groton, Massachusetts, and came to Boston to work for his brother, Amos. By 1814, they went into business together as A & A Lawrence, importing dry goods from England, and they quickly became one of the most prominent firms in Boston. As the years progressed they became better associated with representing firms in New England. In 1845, the brothers founded the City of Lawrence in Essex County as a textile town, building a complex of mills producing cotton and wool.

He was involved in railroads, actively encouraged municipal works, and became the principal spokesman of Boston merchants and manufacturers. He was twice elected to Congress as a Whig and was the Vice-Presidential candidate in 1848. He turned down President Taylor's offers to be Secretary to the Navy and then Secretary of the Interior. He did, however, serve as the U.S. Minister to the United Kingdom from 1849 to 1852. He gave $100,000 to establish the Lawrence Scientific School at Harvard and actively supported Lawrence Academy; affordable housing in Boston; and, the Boston Public Library. In 1819, he married Katherine Bigelow and had seven children, five of whom (listed above) lived to adulthood including his two daughters, Mrs Benjamin S. Rotch and Mrs Augustus Lowell. They lived at 39 Somerset Street and then 8 Park Street, today the Union Club of Boston.