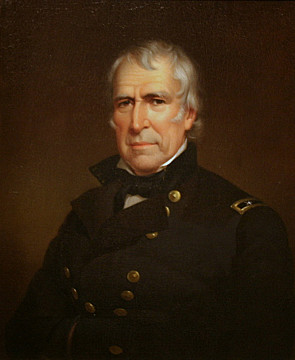 He was preceded in the Presidency by James K. Polk and after dying in office he was succeeded just one year later in 1850 by his Vice-President, fellow Whig Millard Fillmore. Coincidentally, Taylor was a cousin of the 4th U.S. President, James Madison, through their mutual great-grandfather, Colonel James Taylor of Bloomsbury, Virginia. Taylor and his wife had six children, four of whom lived to adulthood including Sarah, wife of Jefferson Davis, President of the Confederate States.