Captain Eber B. Ward, of Detroit, Michigan; "Steamship King of the Great Lakes" 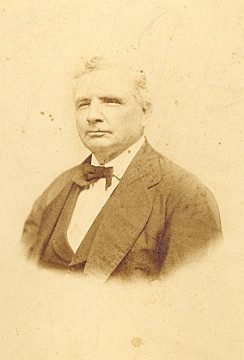 He was described as an, "Industrial Colossus" and was said to have had "no business peer in the Northwest". The son of a Lighthouse Keeper, he became a major industrialist, nicknamed "the first of the Iron Kings" and the "Steamship King of the Great Lakes". From acquiring land for timber, he expanded into iron ore, copper and silver. Relentless in his scope, he then branched into newspapers, railroads, banking, shipping, and insurance. He was Detroit's first millionaire (leaving a fortune of $6 million at his death) and the wealthiest man in the Midwest. Despite his good fortune in business, nearly all his family by his first wife were plagued with insanity. His daughter by his second marriage was the extraordinary and stunning Clara Ward who became the Princess de Caraman-Chimay before running off with a Gypsy.