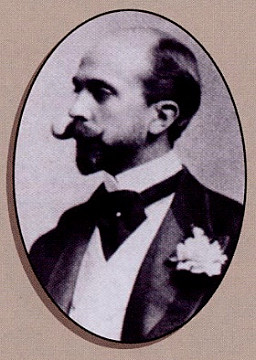 Born in Philadelphia, he was an amateur artist but succeeded his industrious father as President of the Delaware & Bound Brook Railroad Company, and the Northern Pennsylvania Railroad Company. However, he did not inherit his father's acumen and instead exhibited more prowess in looking good (notably in uniform as a member of the First Troop of the Philadelphia City Cavalry) and spending the money his father made. He lived between 1629 Locust St., Philadelphia; Clarendon Court in Newport, and a hunting lodge which is better known today as the Whalehead Club in Corolla, N.C. He was married twice, but left just one daughter.