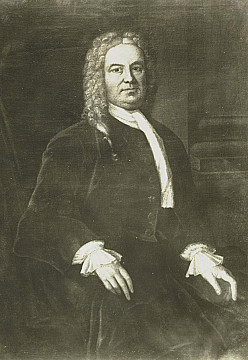 He first settled at Boston as a member of the Ancient and Honorable Artillery Company. Having been whipped for being a Quaker, he was invited to Philadelphia in about 1693 by William Penn. He was elected Speaker of the Assembly (1695) and Member of Council (1696). He was the 2nd Mayor of Philadelphia, but under Penn's Charter of 1700 he was considered the first. Penn appointed him Mayor in 1701 and he was elected to a second term in 1702, making him the 1st Elected Mayor of Philadelphia. He was also Chief Justice of the Supreme Court of Pennsylvania; Chief Executive for the Province of Pennsylvania; and, President of the Governor's Council. He had eight children by his first wife, of whom three reached adulthood; one daughter by his second wife, who died in infancy; and, two sons by his third wife, of whom only one reached adulthood, but died unmarried. His four surviving children are shown above.