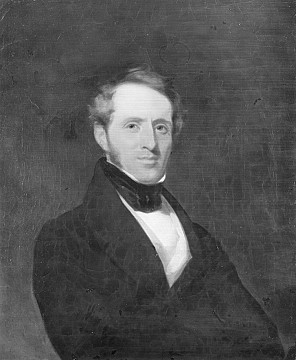 He was educated in Montreal. He moved to England during the War of 1812 and having studied dentistry under his older brother, Levi, returned to America and set up practice in New York. The Parmly family were pioneers of dental surgery in the United States. In November, 1826, the enterprising young dentist had knocked on the door of the White House to offer his services to a grateful John Quincy Adams: "Dr. Parmely presented himself as a dentist and I took the opportunity to have a decayed tooth drawn. He also scaled off the tartar which has been for years collecting upon my lower front teeth, and urged the drawing of another - the consideration of which I postponed till tomorrow... Dr. Parmely came and completed his operations upon my teeth. He declined taking pay, but asked me for a recommendation. He is going soon to Charleston, S.C."

The Excruciating History of Dentistry: Toothsome Tales & Oral Oddities from Babylon to Braces By James Wynbrandt

Teeth: The Story of Beauty, Inequality, and the Struggle for Oral Health in America By Mary Otto

Patrons of the Arts