George Hall, of Charleston; Commander of the Continental Navy in South Carolina 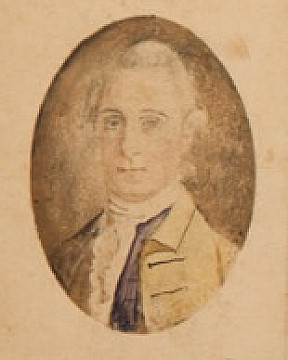 Born in England, he came to Charleston from either Bristol or Barbados in 1760 as a partner in the firm of Inglis, Lloyd & Hall. The firm were among the largest importers of slaves into America between 1759 and 1764. During the Revolution, he was on the Committee of the Ninety-Nine for Charleston and a member of the Provincial Congress. He was appointed Collector of Customs at the Port of Charleston and afterwards Commander of the Continental Navy in South Carolina. He was a relative of President  George Washington through the Ball family and in 1762 the President gave him a personalized wallet engraved with his monogram.